Fonua Pole is ‘still buzzing’ about the prospect of making his NRL debut for Wests Tigers against the Warriors in Auckland on Sunday.

The 20-year-old forward is in line to become Wests Tigers Player #257, and will be the eighth player to make his debut for the club in 2022.

The Victorian junior has made a rapid rise through Wests Tigers pathways since joining the club in 2021. The journey began in Balmain’s SG Ball Cup team just last year. He then passed quickly through the grades, playing for both the Wests Tigers Jersey Flegg Cup team and Western Suburbs Magpies NSW Cup team in a matter of months.

Rewind a decade or so, and Pole was kicking a different shaped ball in Melbourne. But thanks to his mother, he is about to play in the toughest rugby league competition in the world.

The New Zealand born forward moved to Victoria at a young age and like most children in the AFL state, gravitated to Aussie Rules.

‘I really liked it. It was what all the kids were playing, and I just did what a lot of my friends were doing,” he said.

That was until his mother changed the course of her son’s sporting future when she encouraged him to give rugby league a go. It took just one training session  for this young Wellington-born, Victorian-raised boy to fall in love with the ‘greatest game of all’.

I loved the physical contact and the speed and everything about the game.”

His first taste of rugby league came as another ‘Fonua’ burst onto the scene with Melbourne Storm. Mahe Fonua, who would later play for Wests Tigers, became the first Victorian-born player to represent the Storm in first grade.

Playing in the NRL is an achievement that only a handful of Victorian players have achieved over the years. Those to rise to the top include the likes of Dean Ieremia, Young Tonumaipea, Richie Kennar and Pole’s new teammate at Wests Tigers, Kelma Tuilagi.

Pole and Tuilagi are not the only Victorian-bred players at the club. Najvada George, who also grew up in Victoria, will run out at Campbelltown on Saturday, hoping to help Wests Tigers into the finals of the Harvey Norman Women's Premiership.

Pole has come a long way since being spotted by Wests Tigers Recruitment Manager Warren McDonnell at the Australian Schoolboys Championships.

He says that he has always dreamed of a career in the NRL, and was overcome with emotion when he learned of his selection on Tuesday.

“I’m still buzzing to be honest.  I didn’t know what to say it was all really a shock to me.

It really is a dream come true and I can’t wait to go out and do my very best for the team.” 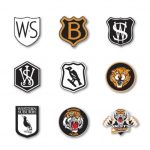 There you go, I've lived in Melbourne all these years and I didn't know I was right amongst WT third junior nursery!

Fonua Pole & Kelma Tuilagi in the 17, 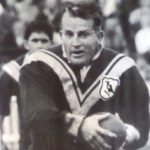 Good luck Fonua ...hope you are as devastating as your name sake was in attack ....and you Poleaxe the Warriors into submission

Something finally to get remotely excited about