The Wests Tigers recorded an impressive victory of the Canterbury Bankstown Bulldogs winning 34 points to 6 in NRL round 7.

It seems as though the fan’s prayers for consistent performances against average NRL teams have finally been answered.

Here is my reaction to the game:

What is there left to say that has already been stated about Harry Grant. Grant is having the same impact on the Tigers that players like Cam Smith and Josh Hodgson have on their respective teams.

The Queenslander’s ability to get on the front foot from the ruck clicks the Tigers attack into gear and is a big reason why the team’s attack has been on fire in recent weeks.

Grant has the potential to become the best Hooker in the competition and is the circuit breaker the club needs moving forward.

The Tigers need to find a way to chain Grant to the door of Concord oval to stop him from going back to Melbourne asap.

Finally, the Tigers win back to back games

To a normal team, beating the last-placed Bulldogs would seem like no big deal, but to the Tigers, it is huge.

Consistency has always managed to allude the Tigers but after a poor start to the game, the team looked dominant and in control which shows that the team has taken a big step forward in terms of avoiding complacency and attention to detail that win’s footy games.

The Bulldogs weren’t great but the Tigers were ruthless in attack which is great to see.

I thought the Bulldogs game was ironically Josh Reynolds strongest performances for the Tigers.

Reynolds did a great job playing off the back of Harry grant and provided some great moments in attack. I thought that Reynolds also had a very strong kicking game putting the team in great field position, taking a lot of pressure off Brooks.

Reynold’s energy in defense was also great and hopefully, with more game time, the Tigers spine can continue to improve in attack but tonight was a great display of what Reynolds can bring to the table.

I bet the Bulldogs are regretting not resigning Reynolds right about now.

With Twal and Musgrove injured, Luciano Leilua had his best game for the Tigers to date.

Leilua’s hit ups were very strong and I thought he added class in attack with the ball in hand that the Bulldogs didn’t have. The progression of Leilua from an impact forward at the Dragons to an 80-minute player at the Tigers is a credit to his work ethic as well as the coaching staff at the club.

Hopefully the Samoan international can continue to improve as a dynamic ball runner for the club.

The ball movement has been first class and the team has done a great job of isolating weak defenders on the edges. The Tigers done a great job getting players like BJ Leilua, Adam Doueihi and Moses Mbye early ball.

What is really impressive about the Tigers attack is that it’s very varied and is a real team effort. Scoring 30 plus points two weeks in a row is a great sign for fans going forward.

Tommy Talau is a gun

I’m a huge fan of Tommy Talau and his last two games have shown that he belongs in first grade.

Players like Bradman Best and Stephan Crichton have gotten a lot of wraps this season but Talau has just as much talent as the best of them.

Talau’s ability to slot in to the unfamiliar position of Wing shows how gifted he is and his second try, in particular, was very impressive.

Casual Tigers fans should know that Talau’s best position at the moment is Centre and hopefully he gets an opportunity to showcase what he can do this season.

David Nofoaluma is one of the form wingers in the competition

Tigers fans are often critical of Nofoaluma but there’s no doubt that the Samoan international is one of the form Wingers in the competition.

Nofoaluma’s yardage game is absolutely crucial to the Tigers gaining ruck speed which allows player like Harry Grant to come into and the game and he’s also a top-class finisher.

Although the Wests Magpies Junior has a mistake in him, he’s always one of the Tiger’s best week in and week out.

BJ Leilua is playing himself into form

Although slow to start the season, BJ Leilua looks to be playing himself into form as the season progresses.

With the Tigers improved attack, Leilua is getting more opportunity and it’s great to see the Samoan International getting back to his destructive best.

BJ looked dangerous all night. Scoring an impressive solo try and setting up Nofoaluma with some classy Centre play.

The forward pack was very solid and held the middle

Going into the game, I was really worried that the forward pack would struggle against the Bulldogs to their credit, the starters along with the bench players all had great games.

Splitting up Josh Aloiai and Thomas Mikaele has really balanced out the side in terms of aggression and impact in yardage and I’ve been really impressed with performances of Sam McIntyre.

The whole Backrow of Garner, Leilua and Eisenhuth did a great job in laying down a platform for the backs and punching holes in the dog’s defense.

About Declan McCutcheon 45 Articles
Declan has supported the Wests Tigers since moving to Australia from Scotland in 2007. His football coach took him and his dad to a Tigers game where he got to see Tigers legends such as Benji Marshall and Robbie Farah in action, he's been hooked on the team ever since! Declan is looking forward to Michael Maguire leading the club to premiership glory in the not too distant future.

The Wests Tigers traveled to the nation’s capital at the weekend and came away without the two points. Despite a pretty evenly balanced first half, when the whips started cracking Wests Tigers came away empty-handed. […]

Wests Tigers beat Dragons in NRL Round One

The Wests Tigers have started their 2020 campaign in a resilient manner winning 24-14 against a more experienced St George Illawarra Dragons team. Ladies and Gentlemen, although it wasn’t pretty, Michael Maguire’s men managed to […]

Wests Tigers have lived up to their tag as Round 1 specialists after securing a comfortable 20-6 victory over Manly at Leichhardt Oval in wet conditions in Sydney last night. In front of a partisan […]

This site uses Akismet to reduce spam. Learn how your comment data is processed. 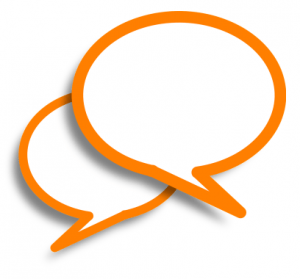