For those who don't know the story , Kurt plays for WHU and filmed himself kicking his cat for pooing in his bedroom 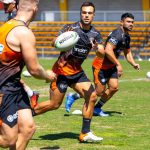 lol do you need a Whambulance

lol do you need a Whambulance

I guess my point is how does anyone in their right mind think that kicking your cat / pet on line is going to end well ...ever

His short term career is probably over ......I can't believe WHU haven't sacked him yet ...and he is a damn good defender ....WHU will miss him big time